Shortland Chambers is proud to sponsor the University of Auckland’s mediation team, which has again beaten 47 other teams to win the ICC International Commercial Mediation Competition for the fourth year running.  The other finalists were University of São Paulo, University of New South Wales and University of Rio de Janeiro.

This was the second year that the competition was hosted online.  The team again swapped the luxury of Paris (the usual host city) for a meeting room at Chambers with offices loaned by Daniel McLellan QC, John Billington QC and Nic Scampion.  The competition operated on Paris time, so the team had to deal with a series of early starts and late nights on their journey to the final.

The team consisted of Spencer Barley, Anna Patton, Karan Kalsi and Nick Stewart (shown in the photos from left to right) and their coaches Keeha Oh and Susie McCluskey.

The team’s success is a testament to their skill, the quality of the coaching they received, and the environment and culture of the University of Auckland.  For more information about the competition, visit.

A celebratory morning tea will be held with the team together with the Dean, Law Faculty and mentors to celebrate this outstanding achievement. 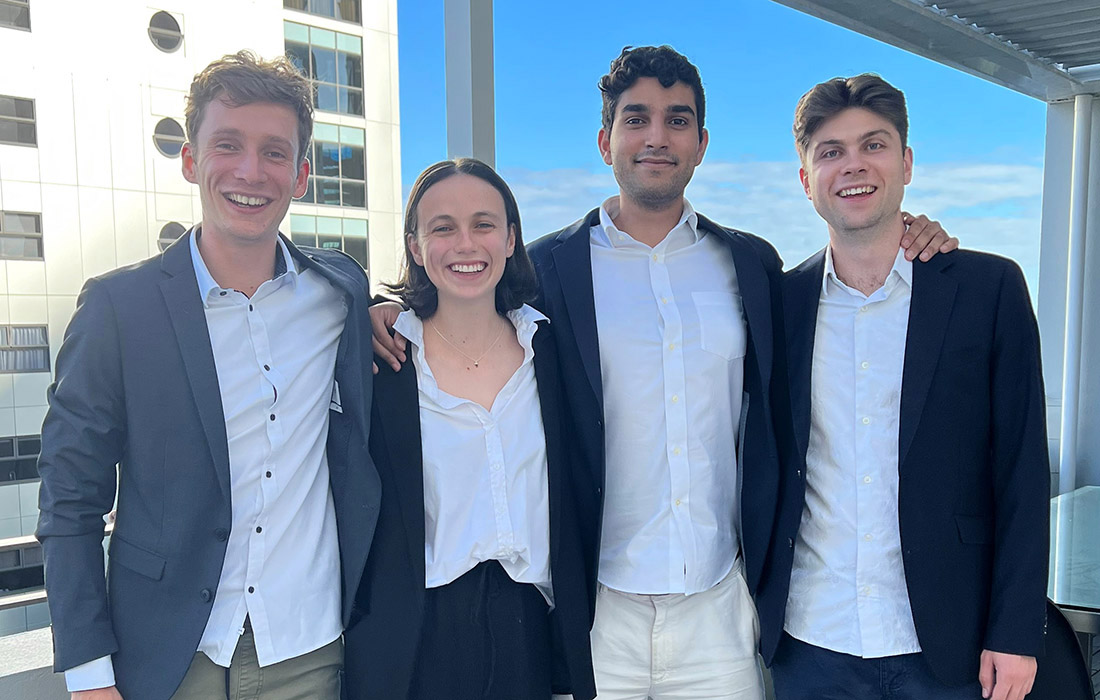 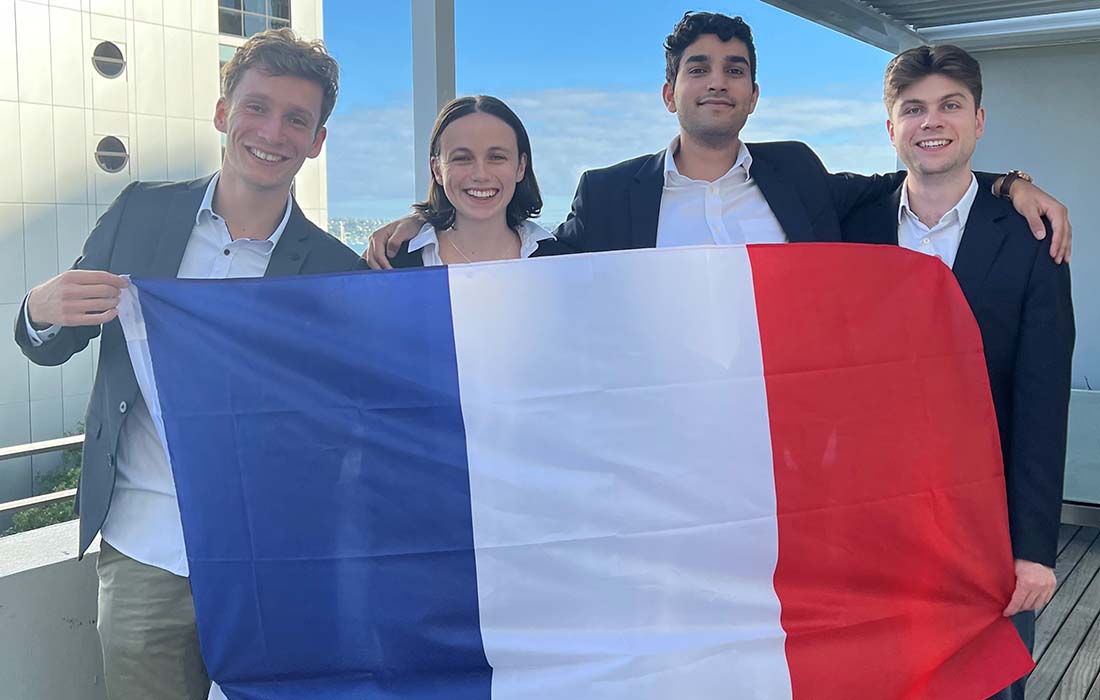